“Dangerously unselfish, my friends. I think that’s what we need to be as writers. People not interested in girding up our rightness or projecting some false sense of correctness. People interested, instead, in digging into the meaty betweens where beauty and pain rub shoulders, and where truth and forgiveness are bedfellows. 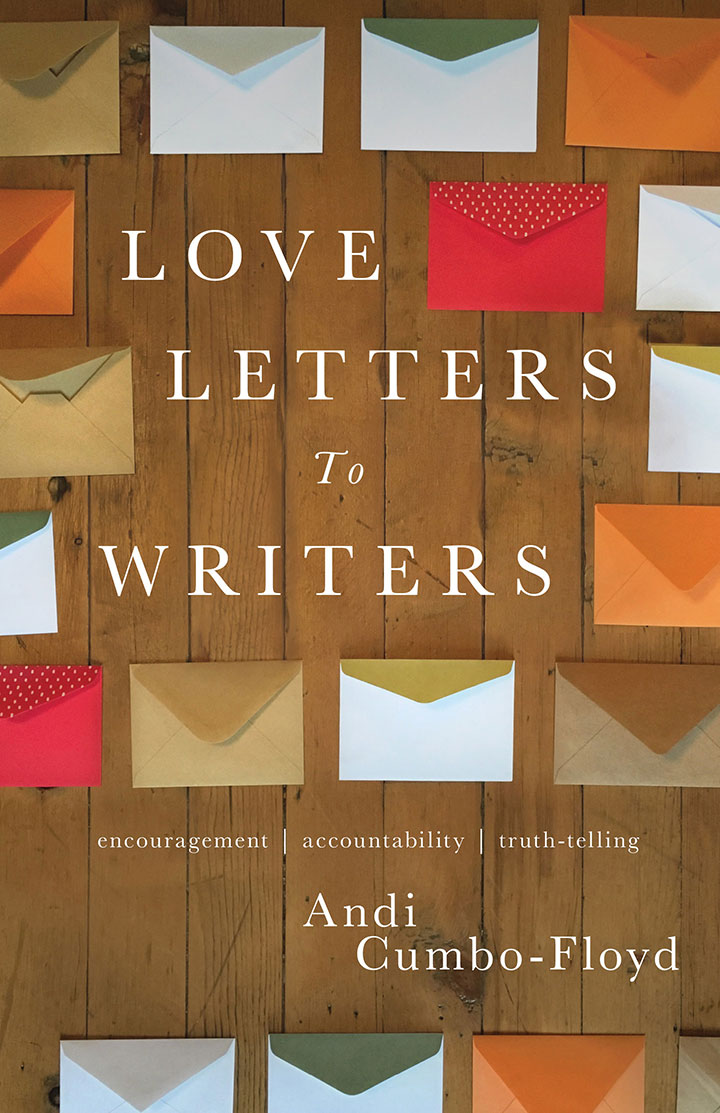 I am honored today to have Andi Cumbo-Floyd guest post here today! Andi is a writer of mostly creative nonfiction, and her newest book, Love Letters to Writers, is indeed filled with words of encouragement to writers, but the book is not just about writing. Andi shares stories about living on a farm and also writes about some hard things in life which all of us can relate. Her generous and encouraging spirit is evident through her pages of letters, each of which starts off with the words, “Dear Beautiful People.”

I asked Andi if she’d mind sharing some wisdom and advice on critique groups, and she very graciously said “yes.” Thank you, Andi, for sharing these helpful words here below!

When I was in the MFA program at Antioch University in Los Angeles, my first workshop experience included a woman writing about the time she lived in Charles Manson’s former house, a woman with an essay about having drowned litters of baby mice in her South Dakota toilet, and me, writing about hiding in my Christian college bathroom to read Madeline L’Engle’s book on writing, Walking on Water.

To say I felt naïve and out of place is an understatement.

But I had chosen this MFA program deliberately because it had a social justice element. The program was designed to help writers be able to bear witness and fight oppression, and I very much knew that was what I wanted my words to do.  So I stuck with the group . . . and I learned so much about bravery, about craft, about truth-telling.

Then, once you’re ready, you have to look for the people whose opinion about your writing you will both respect and value.  For some people, this means they need to find people who write only in their genre or for a similar purpose. For others, the need is met by finding people who have similar professional goals, and for others, the group needs to be made up of people who are simply as serious – or not – as they are.

If you are open to critique – even when it’s really hard, and if you are in a group of people you can grow to trust (and sometimes that takes time, so I encourage people to give the group six months before deciding it’s not for them), then you will find at least some of what you need as a writer and what your work needs as art.  Just be ready and then listen.  That’s really the ticket.

Oh, and by the way, the women in that first critique group and the other men and women I met in that program helped shape me into a stronger, clearer, more powerful writer who speaks with truth and trust.  I’m forever grateful to them.

Andi Cumbo-Floyd is a writer, editor, and farmer who lives at the edge of the Blue Ridge Mountains with her husband, four dogs, four cats, six goats, three rabbits, and thirty-six chickens. She writes regularly about writing at Andilit.com.